Our Somali Debate Initiative concluded this year at Augsburg college with students from South High School and Sullivan middle school debating about federal funding for Somali non-profits in Minnesota as part of the government’s Countering Violent Extremism program. The Affirmative side of the debate argued that the government should end the program because it was rooted in racist assumptions about Somali people and might be used to spy on Somali youth. The Negative side of the debate argued that the Somali-run non-profits funded by the program were doing important work with youth that could not be done without the federal funding. 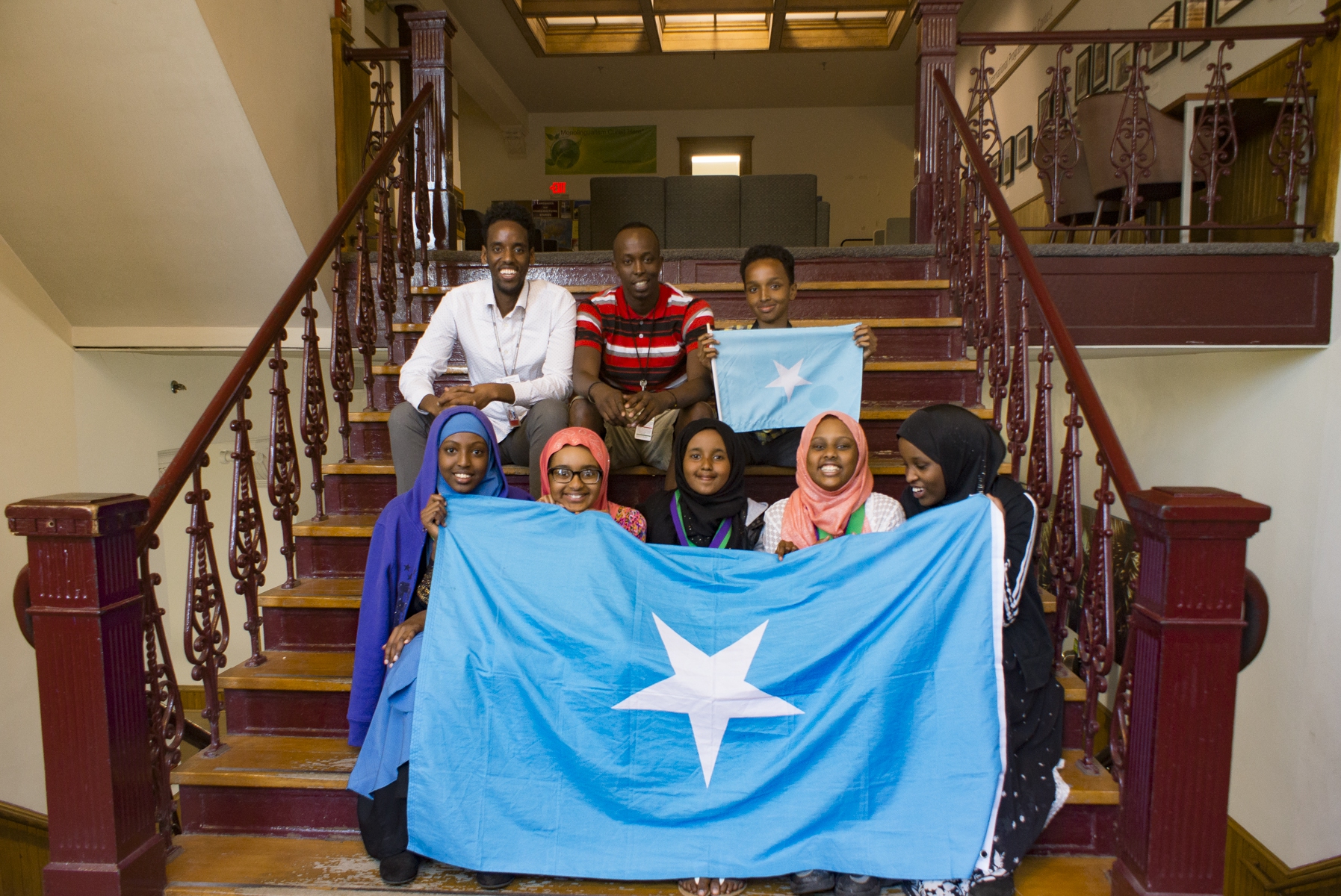 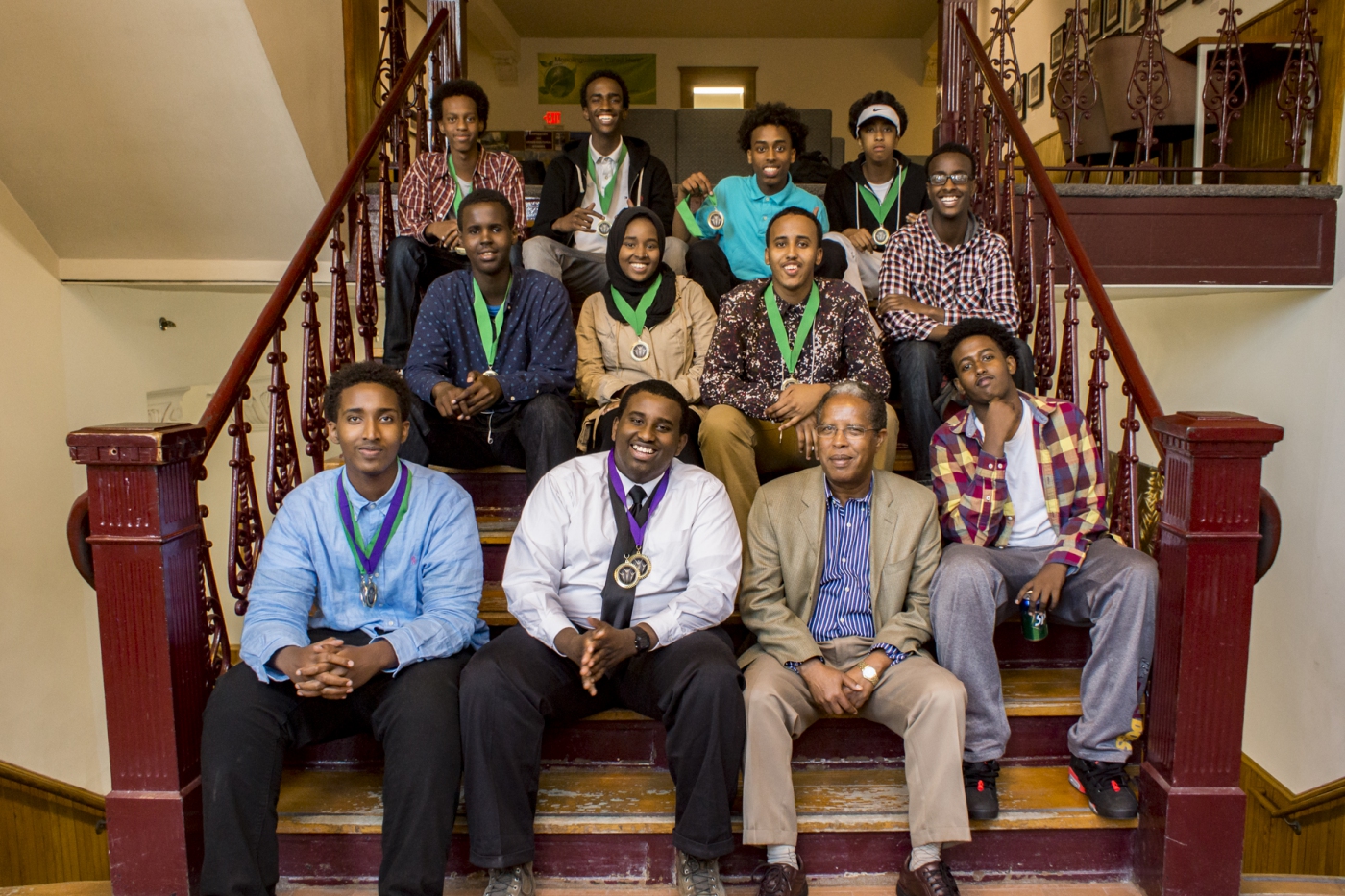 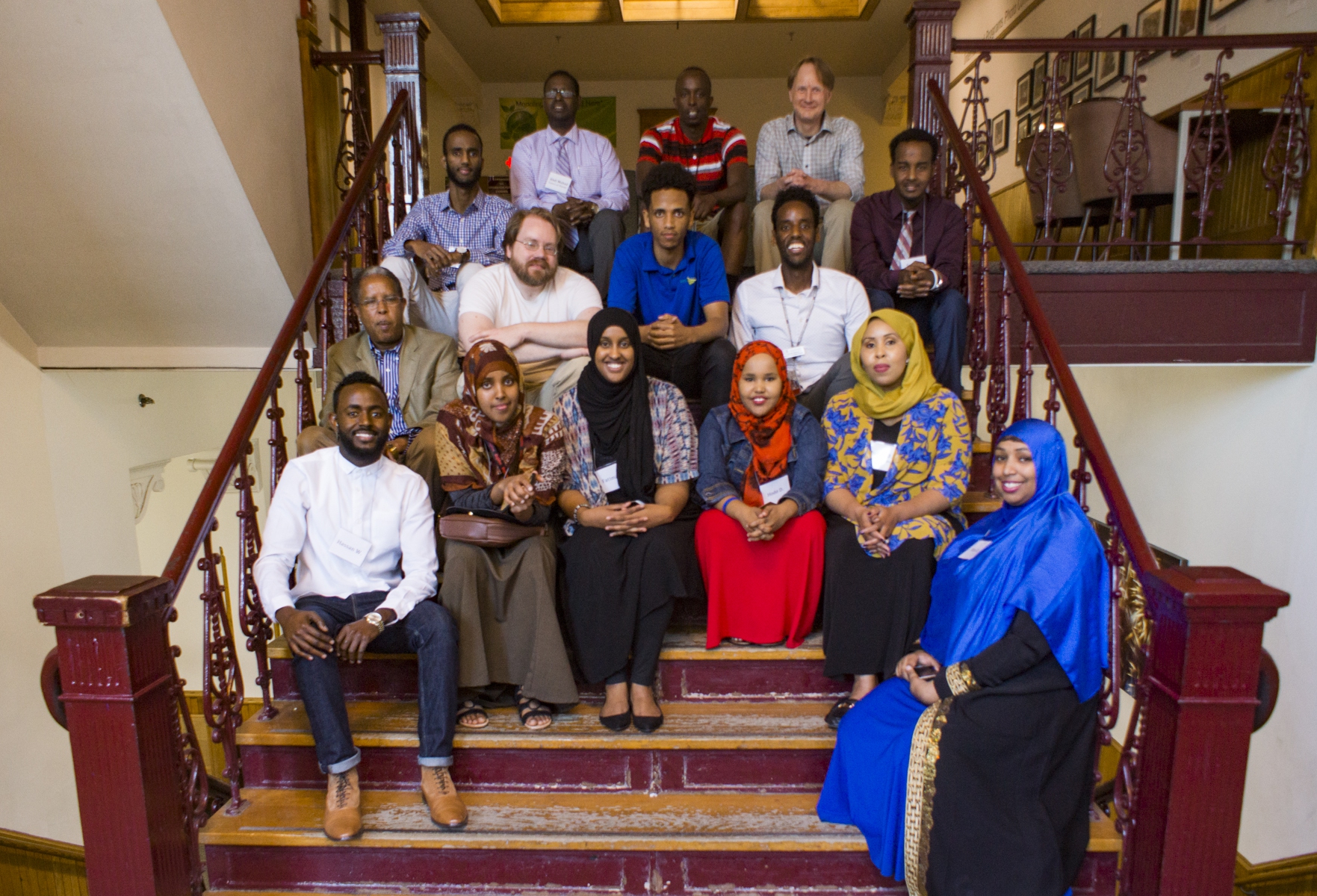 Our volunteer judges, staff and coaches and Program Coordinator Awale Osman (middle row, 4th from left) made the event possible.

The volunteers judges, coaches and debate students made the tournament a big success through their energy and enthusiasm. Special thanks goes to our Somali Debate Program Coordinator Awale Osman, who did so much to make this season a success! We can’t wait to see the Somali Debate Initiative continue to grow next year! 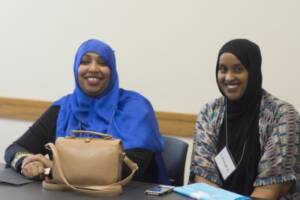 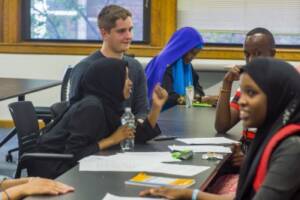 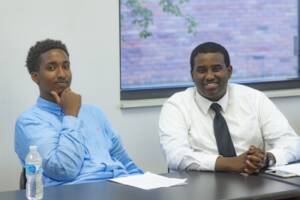 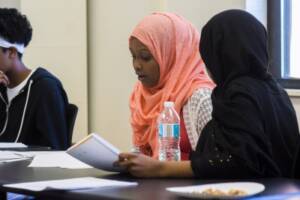 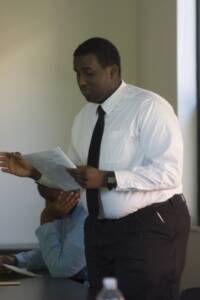 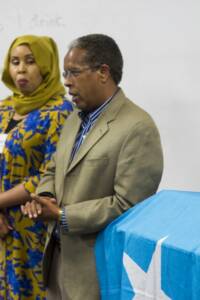