Each year, the City Championship brings together different Conferences so that students from schools who don’t usually have the chance to debate against each other have that chance and can test their metal against the best of the best.

It was great to conclude this year’s Middle School debate season on such a high note and to see students from across the Twin Cities come together to celebrate their passion for debate, to compete, and to recognize everyone’s accomplishments this year. Students from different schools crowded into the classrooms to watch the exciting final rounds between each division’s top competitors.

Students, coaches, community coaches, and hundreds of volunteers have worked hard to make this season the success it has been.

When asked, debaters had different answers for what their favorite part of the year and the biggest thing they learned this season was. Whether they responded that they enjoyed the opportunity to argue freely, to prove why other arguments are wrong, or to learn more about surveillance technology such as Stingray cell site simulators, everyone’s enthusiasm for our sport was clear during the long rounds of applause and cheering at the awards ceremony.

Thank you to everyone who came together this year to empower middle schools students through debate! 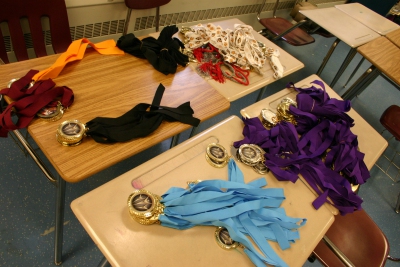 The medals sorted before the award ceremony. 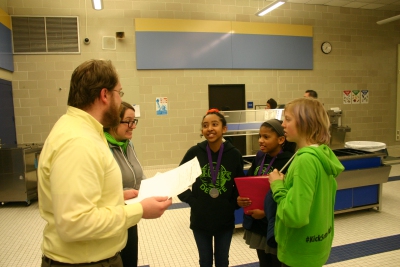 Debaters learning where to go for the championship rounds.